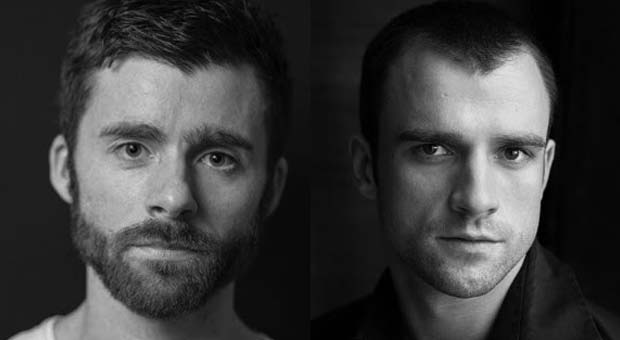 All I see is you at Bolton Octagon

It was simply perfect…..

All I see is You, by Kathrine Smith was a winner in the Octagon’s National Prize competition, selected from hundreds submitted from across the globe. It is a very worthy winner indeed, and, I would hope, probably came first when evaluating the rankings. It traces the love affair of Bobby (Ciaran Griffiths) and Ralph (Christian Edwards) from their first encounter in the gents, to Bobby springing Ralph from an aversion therapy hospital after both had been subjected to police interrogation/maltreatment and Ralph had pleaded guilty to being gay, and him losing his job as a teacher. Several other characters are brought vividly to life, and we almost see them, such is the skill of the production. The play’s title comes from the song, which features throughout.

In an hour and fifteen minutes we ran the full gamut of emotions. The program says the play is a roller-coaster love story. It’s a perfect description. We started with laughter at how Bobby and Ralph met. A few minutes later, just after they’ve consummated their relationship in Ralph’s bedroom, we stop laughing when Ralph’s disgusted father appears at the bedroom door. Their relationship hits the rocks for a while as Ralph tries to turn straight and Bobby discovers Canal Street.

A chance encounter brings them together again, but an attempted blackmail of Bobby, by one of his Canal Street conquests, leads to both he and Ralph being arrested and interrogated in the hope that they’ll betray not just each other but others as well. Neither of them does so, and here disgust sets in as the police spill boiling tea over Bobby in an attempt to break him. Ralph eventually cracks and after admitting he’s gay, loses his job, and refers himself for aversion therapy to “cure” himself, having been told he might avoid prison by doing so.

The therapy is horrible, consisting of a barbaric mix of drugs and electric shock convulsion treatment. It was very well acted and caused an audible gasp from the audience. In the present day, when the police are part of the Manchester Pride march, it seems unthinkable that things like this could happen, but before decriminalization of homosexuality it was routine.  In 1964 even Crumpsall hospital established an aversion therapy clinic, funded by an anonymous donation, to cure gay men of their “affliction”. And this is before James Anderton’s tenure (from 1976 to 1991, and still with us aged 85) as Greater Manchester’s chief constable.

Ralph has experienced hell at the hands of the doctors, and is barely sentient, but Bobby enlists Ralph’s sister and boyfriend to spring him from the clinic. We know that it will most likely result in Ralph going to prison – even after undergoing “the cure”, but Bobby will still be there for him. The final emotion is thus hope. It’s all that was left when Pandora’s box was empty, and it’s all Bobby and Ralph now have.

With more details and how to book tickets, click here.