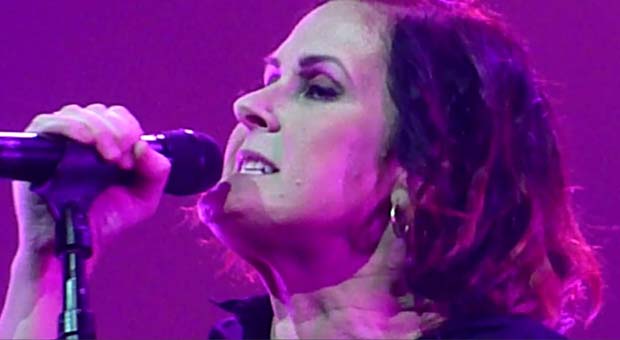 On Wednesday the 22nd November Alison Moyet performed at the Bridgewater hall in a concert supporting her "other" album. Always a pleasure to review here as the staff are so friendly and the seating comfortable with a good view wherever you are sat. With a light show that a nineties rave would be proud of (so i'm told) and a voice that hasn't dimiinished over the years. This latest project explores the electronica sound with many of the hits interspersed within the 1.50 min set.

Alison opened with the aptly named "I'm here" and finished with the equally apt  "Don't go"." Only you", "love resurection" and a very differant version of "all cried out" were performed to a packed hall, mainly made up of people who will remember her in her most successful years with a strong cult following.

In keeping with the electronica feel of the night she only had two band members both of which played a mixture of guitar and keyboard and at times this felt like a return to the yazoo days rather than the solo career. Alison obviously prefers to sing rather than talk,  but two things she did manage to get across where her love of the diversity of life in Brighton, where she lives and how much she still misses her mum who died of alzheimers 2 years ago.

The support for the night was Hannah Peel. This young northern Irish singer reminded me of a keyboard playing Kate Bush as she performed songs from her "awake but almost dreaming" album, which she told us was inspired by her Grandmothers dementia, clearly a common link. Hannah has been championed by Lauren Leverne on BBC6 and one unusual element was her use of a music box to accompany a strong voice.