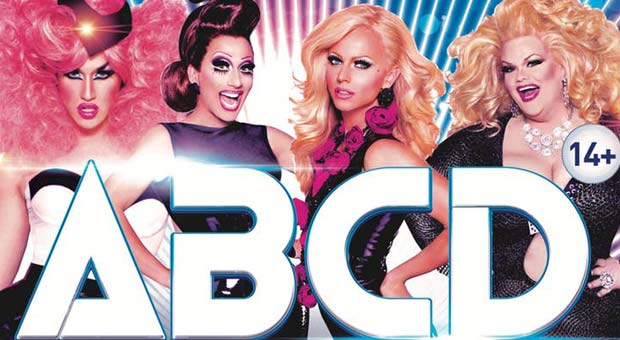 In a world where drag queens are in the lime light more than ever before thanks to Rupaul's Drag Race it takes a certain set of queens to raise the bar. Adore Delano, Bianca Del Rio, Courtney Act and Darienne Lake are the top 4 of Rupaul Season 6 and it is not difficult to see why.

Holy Trannity bought together this fantastic line up and absolutely delivered. This set of queens absolutely packed out the Ritz with one great set after another. These queens are all strong in their own right and can put on solo shows so to have them altogether is an absolute treat. It was also particularly nice to have Darienne who I've not seen as much as when compared to the other 3. Her rendition of Poor, unfortunate souls was perfection and clearly demonstrates why Season 6 was a top 4 despite her going home before the finale.

This particular Holy Trannity show was all them, it was one fantastic set after another. This is a polished group of queens and seeing Bianca dressed up as a giant crab is just something you won't get elsewhere! The willingness of the queens to get the audience involved is a bonus, the 'Oh no she better don't' rap battle was exactly what you want from audience participation.

You get the impression from this tour that this set of queens really are friends and despite it being the final night of the tour it still felt fresh and like they could give even more.

It was great to see that Holy Trannity are putting back into the local community with money raised from merchandise going to the Village People's weekend which raises money for HIV charities in the city. We are absolutely privileged that Holy Trannity are able to get these queens together and put on this level of entertainment, it is little wonder that ABCD sold out as quickly as it did. I as a fan cannot wait to see what they do next!